The lists of journals and publishers can also be used to describe the institute’s or unit’s production profile, in support of the narrative. This can be done by breaking down the lists of journals into various target groups, i.e. Subdomain, Domain, Multidisciplinary and Hybrid. Articles that form part of the research unit’s actual output can be classified by target group. It will be obvious that this is only possible for articles published in journals selected by the panels.

By way of example, we look here at the profiles of researchers affiliated with the Humanities faculties at Leiden University and the University of Amsterdam (UvA) and employed by the Huizinga, Art History, NOSTER, LOT and NICA research schools, and of researchers affiliated with five selected research units within the ICOG at the University of Groningen. These differences should not be regarded as normative but rather as indicative of the relevant research group’s specific research culture. (Text continues after two figures.) 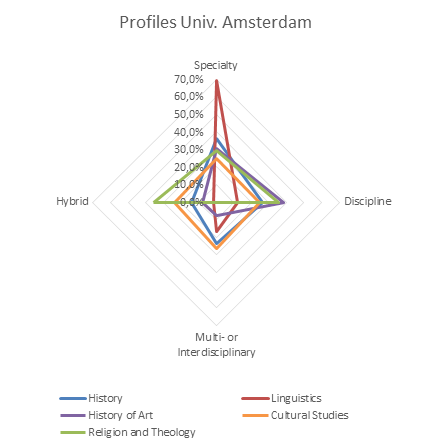 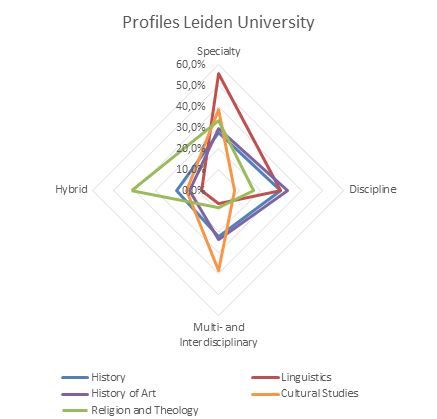 Comparing the production profiles of researchers affiliated with the School for Linguistics at Leiden and at the UvA shows that in both cases, the profiles are more specialist than that of other schools and that the two groups differ in that UvA researchers produce more specialist publications than their peers in Leiden. There are also differences in the domain of Cultural Studies: researchers in Leiden are more multidisciplinary or interdisciplinary in orientation than those in Amsterdam. 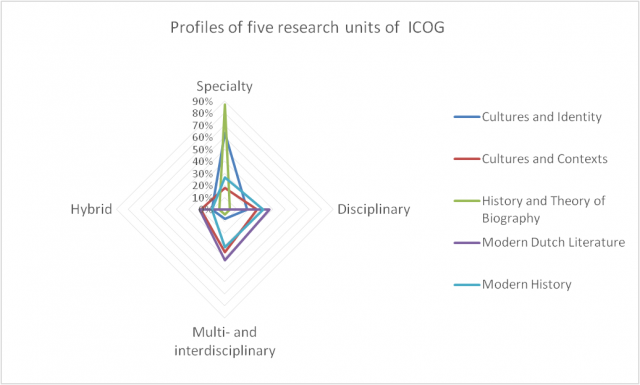